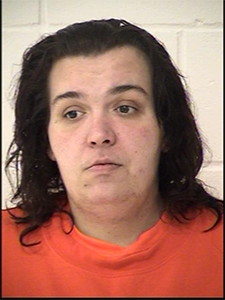 On January 14, 2021 at approximately 1:31 PM, the New Hampshire State Police-Troop C was made aware of a reported stolen vehicle from Tire Warehouse located on Rte. 9 in Chesterfield. The vehicle was described as a white 2019 Dodge Ram Promaster Van. The initial information was that the theft had just occurred and the vehicle was believed to be traveling eastbound on Rte. 9 towards Keene. Troopers and local officers from the Chesterfield and Keene Police Departments responded to the area, and made contact with the vehicle in the area of Chesterfield Hill. A trooper attempted to stop the vehicle, which quickly accelerated away at a high rate of speed. A pursuit was initiated, which traveled east on Rte. 9. During the pursuit, the operator drove aggressively and recklessly, crossing into oncoming traffic, driving off the roadway, and at one point colliding with a mobile home that was being hauled as part of an oversized load transport. Troopers and Keene PD officers were able to successfully deploy tire-deflation devices to the van in two separate locations, and the pursuit came to an end at the intersection of Rte. 9 and Rte. 101 in Keene. The operator, identified as Angela Elliott, Age 33, Bennington, NH, was taken into custody without incident. She is charged with Theft by Unauthorized Taking (Felony), Reckless Conduct with a Deadly Weapon (Felony), and Disobeying an Officer (Misdemeanor). Ms. Elliott refused bail and is being held pending arraignment in Cheshire County Superior Court on Friday January 15, 2021.