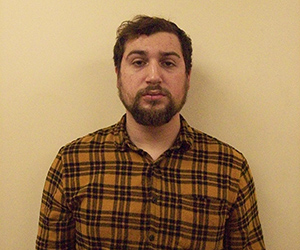 Sanbornton, New Hampshire – On December 8, 2022, at approximately 10:12 PM, a Trooper of New Hampshire State Police Troop D, was monitoring traffic on Interstate 93 North in Tilton, NH when a vehicle passed her location traveling at 101 MPH. The vehicle was identified as a 2018 BMW 330XI. The Trooper pulled out behind the vehicle and it had accelerated to 127 MPH. The Trooper activated their emergency lights and siren and the vehicle refused to stop.

The motor vehicle pursuit exited the interstate into the town of Plymouth, NH and was terminated on Tenney Mountain Highway. A short time later, the vehicle was located, unoccupied.

Through investigative efforts in the following days and weeks, a suspect was identified and arrest warrants were obtained. The suspect is alleged to have utilized a common phone application named "Turo" to rent a vehicle from the owning citizen prior to engaging in the motor vehicle pursuit. This application is best described as "Airbnb" for vehicles.

Saxon is being charged with:

Saxon was released on personal recognizance bail with a Belknap Superior court date of February 16, 2023 at 1:30 PM.