Manchester, New Hampshire – On August 18, 2022 at approximately 10:10 PM, Troopers from the New Hampshire State Police Troop B Barracks in Bedford responded to multiple reports of vehicles struck by construction equipment that had been thrown from Queen City Bridge into oncoming traffic.

Three vehicles passing under the Queen City overpass traveling southbound sustained smashed windshields and additional damage as a result of four foot lengths of rebar, shovels and concrete that had been thrown from the bridge and onto the interstate. The bridge is currently under construction but was not an active work zone at the time of this incident.

The motorists involved in this incident were uninjured, with one motorist having rebar smash through their windshield and penetrate a passenger seat. 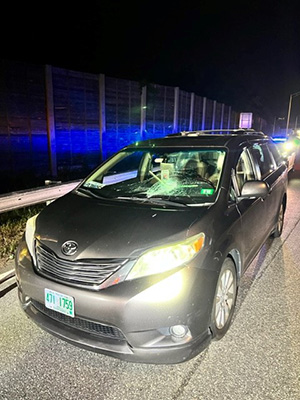 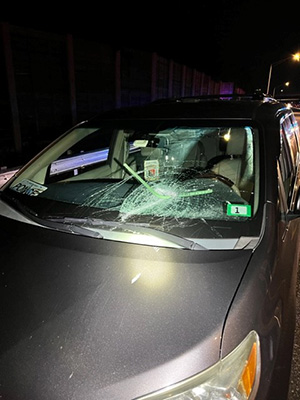 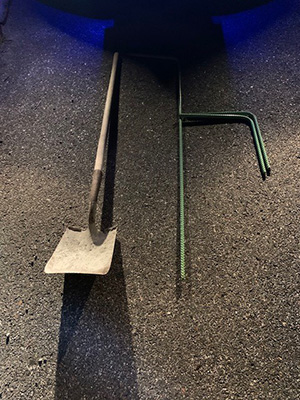