In Sanbornton, Trooper Mark Magoon stopped a 2018 Hino box truck after the driver failed to pull into a commercial motor vehicle inspection area.  As a result of a commercial motor vehicle inspection, it was found that that the driver was in possession of a controlled drug, was not keeping a required record of duty status, and was operating without possessing a valid medical card after having been previously cited.  Additionally, it was found that the driver had failed to conduct a pre-trip inspection, the vehicle was not registered, and the company had failed to file a required biennial update with the Federal Motor Carrier Safety Administration.  The driver was ultimately placed out of service and prohibited from operating a commercial motor vehicle, while the vehicle was removed from the scene by Rusty’s Towing.

In Dover, Trooper First Class Richard Perreault stopped a 2019 Chevrolet pickup towing a 2018 trailer.  As a result of a commercial motor vehicle inspection, he found that the vehicle was not displaying the company name, was missing a required fire extinguisher, was missing safety warning devices, the driver did not have a medical certificate in their possession, and the driver was operating after their driver’s license had been suspended.  The driver was placed out of service and ultimately arrested on an outstanding arrest warrant for Burglary as well as for Operating After Suspension – Subsequent Offense.

In Meredith, Trooper Kevin Raymond stopped a 1998 Kenworth.  During the inspection, it was discovered that the carrier’s name was not displayed as required; was utilizing fog lamps that were for off-road use only; that the pitman arm, which translates movement from the steering box to the front axle was loose; and that the steering wheel had excessive lash, in that the steering wheel could be moved 10.25 inches before moving the front wheels.  The vehicle was ultimately placed out of service due to the critical safety violations discovered in the vehicle’s steering system.

The New Hampshire State Police are committed to ensuring safe travel throughout the State and will continue our efforts to reduce collisions during the summer season.

Photos taken during the 72 hour event are attached below. 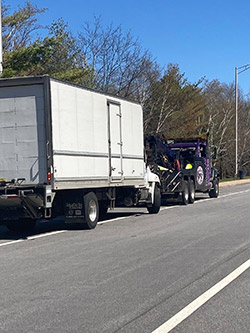 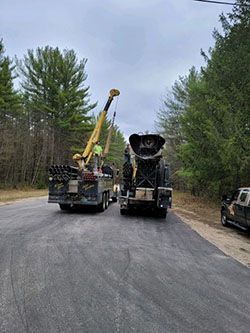 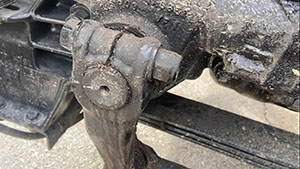 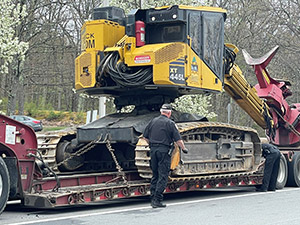