On Friday June 4, 2021 at approximately 3:50 a.m. Troopers from the New Hampshire State Police Troop-A responded to Route 16 at the Rochester Toll Plaza in the city of Rochester for a report of a motor vehicle crash. Initial on-scene investigation revealed that a 2006 Toyota Tundra being driven by Austin Koontz age 39, of Rochester, NH was traveling northbound on Route 16 approaching the Rochester Toll Plaza when he fell asleep and lost control of the vehicle. The Toyota Tundra impacted the concrete abutment in lane 2 at the toll plaza which sent the Tundra airborne crashing into the toll booth which was unoccupied at the time. The Tundra sustained heavy damage and came to final rest north of the toll plaza. Koontz was not injured in the collision.

The Rochester toll plaza remained open to only 1 travel lane northbound for approximately 8 hours while personnel from NHDOT Bureau of Turnpikes replaced the toll booth and equipment.

The Troopers from New Hampshire State Police Troop-A were assisted at the scene by the Rochester Police Department, Rochester Fire and EMS, NH Department of Transportation and Doug’s Towing.

Anyone with information pertaining to this crash is asked to contact Trooper Matthew Bailey of the New Hampshire State Police, Troop-A Barracks at (603) 223-8490 or [email protected]. 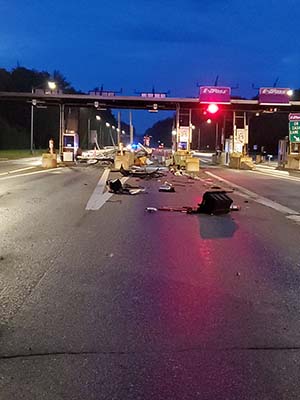 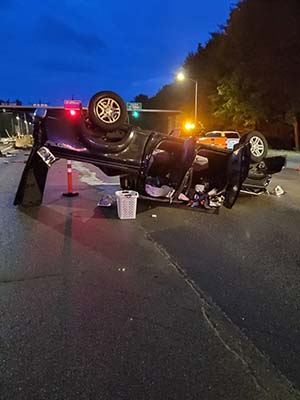