Update – Alaina Wilson and Chance Wilson have been safely located in Maine.

Somersworth, New Hampshire – At the request of the Somersworth, NH Police Department, the New Hampshire State Police has authorized an activation of the Amber Alert System. Law Enforcement is asking for the public’s assistance in locating the following missing children:

Alaina Wilson and Chance Wilson were reported missing yesterday, June 16, 2022, at approximately 9:45 PM. They were last seen at their residence at approximately 7:30 PM, located at 93 Colonial Village Park in Somersworth, NH where they live with their grandmother (who has custody of them). Both children appeared to have been removed from the residence through a window. Alaina Wilson’s phone was left on her bed.

It is believe that Alaina Wilson and Chance Wilson were abducted by their biological mother who is identified as:

It was confirmed that Kaileigh Nichols took a vehicle from a relative in Maine and was seen in that vehicle at a school event in Somersworth during the day on June 16, 2022. The vehicle was identified as the following:

Kaileigh Nichols suffers from drug addiction and is known to have mental health issues.

If contact is made with Alaina Wilson, Chance Wilson and/or Kaileigh Nichols, please notify Somersworth Police Department at (603) 692-3131. 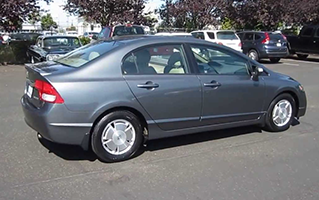